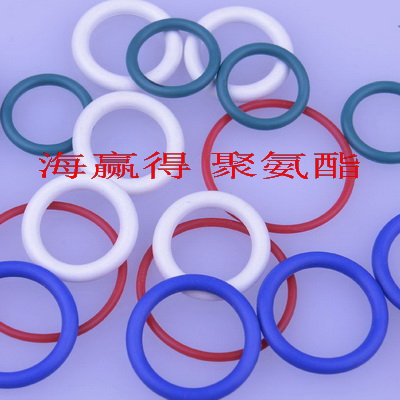 Polyurethane oil seals are seals made from this material. Sealing refers to a device for preventing fluid leakage caused by at least one pair of end faces perpendicular to the axis of rotation, which are held under the action of fluid pressure and compensating mechanism elastic force (or magnetic force) and the auxiliary seal.

Polyurethane oil seals are mainly used in hydraulic cylinders, which are easy to install and can scrape dust mites adhering to the piston rod. The green polyurethane seal has a slightly lower hardness, while the blue has a higher hardness and can withstand greater pressure. Polyurethane oil seal has good physical and mechanical properties, wear resistance and oil resistance. It is suitable for the most demanding working conditions and excellently prevents the entry of external impurities, thus achieving excellent sealing performance. It is the most commonly used medium and high pressure hydraulic cylinder. Seals.